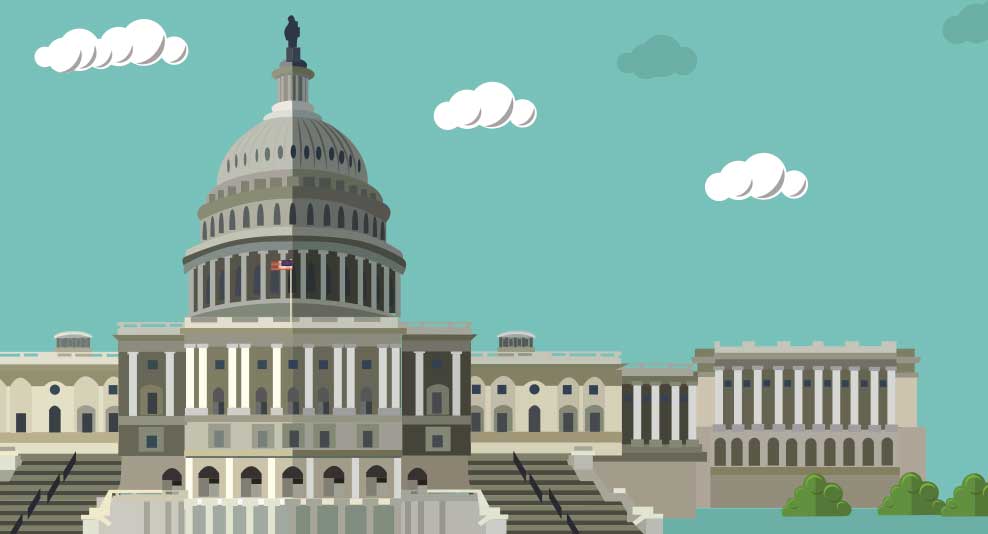 What Steps Can You Take To Protect Yourself and Your Loved Ones?

On December 19th, Congress passed a spending bill that includes seismic changes to IRAs and retirement plans. The SECURE Act will reshape how IRAs are handled both during life and after death, creating an enormous tax impact for families who don’t plan ahead. Congress and the President have effectively passed a huge tax increase for successful savers without having to call it a tax increase, by restructuring how your IRAs must be distributed.

A couple notable changes to IRAs from the SECURE Act include the delay for taking your first Required Minimum Distributions (RMDs) from age 70-1/2 to age 72, and the end of the ‘stretch-IRA’. Where non-spouse beneficiaries of an IRA were previously able to take withdrawals from the deceased person’s IRA over their own life expectancy, the new SECURE Act requires that the full value of the IRA be withdrawn over just 10 years. The impact of this is a much higher withdrawal amount and thus much higher taxes due by the beneficiary. In other words, the effective after-tax value of your IRA has just been significantly reduced with the stroke of
a pen.

There are other important changes that we’ll discuss at a later date, but we wanted to offer you a heads-up on some ways that we’ll help you plan for these changes in order to reduce the impact of the SECURE Act on your wealth. Here are just a few:

Use Roth Conversions to Reduce Your Traditional IRA Balance

One of the most effective strategies for reducing the devastation of the SECURE Act will be strategic Roth IRA conversions. If timed correctly, Roth IRA conversions allow you, during your lifetime, to convert portions of your IRA to a Roth IRA. While you’re required to pay taxes on the amount you convert each year, taking advantage of the lower tax brackets now allows you to move your IRA balance to the tax-free Roth IRA, thus avoiding the enormous withdrawals required using the new 10-year rule for beneficiaries.

You and your heirs can benefit from the tax-free growth of the Roth IRA from the time you make the conversion up to ten years after you pass away, thus reducing the income taxes your heirs have to pay on the remaining balance of their Inherited IRA. And while this strategy may not be appropriate for everyone, it will pay to take a closer look in the coming months and years.

Spend More Money – Or Give More Away

While this isn’t true for everyone, we work with quite a few folks who don’t spend as much money as they can afford to. With these changes to IRA taxation, there’s actually more benefit now to spending more money during your life than to pass it on to heirs. Assuming you can afford it, why don’t you enjoy your money rather than allowing the government to take a bigger percentage of it? Consider paying for a family trip so you’re creating memories rather than passing that money on to Uncle Sam. I’ve often heard the question: “Would you rather have the memory or the money?” Well, thanks to the SECURE Act, the memory just got even more valuable because the money will be taxed at a higher rate later on if you don’t spend it.

You may also consider gifting more money to your heirs who could use the help now rather than later. Again, the inherited money will become less valuable than before so maybe you should consider helping today when it provides even more benefit.

If you’re 72 or older, you can also gift all or part of your RMD directly to charity as a Qualified Charitable Deduction (QCD). In fact, if you’re already giving to charity, it’s even more useful to give IRA money rather than your other income. This is called ‘gifting smart’ and is even smarter when you consider that you may not be able to take advantage of itemizing your charitable deductions any longer because of the Tax Cuts and Jobs Act of 2017. So rather than giving non-deductible income, give RMD money instead. Again, this strategy is even more effective than it was prior to the passing of the SECURE Act. So, if you are required to take RMDs from your retirement plans and intend to donate to charity anyway, a QCD may be a much more tax-efficient way to do it.

Even if you have wills, life insurance and trusts, the changes in the law from the SECURE Act mean that you’ll want to review and possibly update your entire estate plan. This includes your IRA beneficiary designations too, and that’s particularly true if you’ve created a trust that will be the beneficiary of your IRA or retirement plan.

Charitable Trusts May be a Powerful Win-Win Option

While the mechanics of Charitable Remainder Trusts can be complex, this gist of a CRT is this: by placing an otherwise-taxable asset into a CRT, like an IRA, you and your heirs can enjoy the benefits of tax-free income from the asset during your lifetime and leave the remainder of the asset to the chosen charity at your deaths. It’s a win for the charity because they receive the asset for their use while you also benefit from the tax savings, not to mention the good feelings that result from giving to others. The SECURE Act has created an environment where CRTs have become a more valuable planning tool for those who are charitably-inclined.

Perhaps the best response to the SECURE Act involves a combination of strategies. For example, you may consider revising your estate plan, completing a series of Roth IRA conversions, a series of gifts, and the purchase of a life insurance policy. While there’s no silver bullet, a complement of strategies may be most beneficial.

It’s important to note that the SECURE Act does not apply directly to an IRA or retirement plan that you leave your spouse. It’s only after you and your spouse die that the SECURE Act begins its assault on your IRA. If you intend to spend the majority of your IRA during your lifetime, then you may not require sophisticated planning. But for those who are likely to leave behind a sizable IRA, then the best time to begin planning is now.

Make no mistake: the SECURE Act is a tax increase, some say a money grab – an action by Congress that pulls the rug out from under retired Americans who played by the rules and saved diligently. However you may feel about this new bill, your best course of action is to take a closer look at your planning and develop a thoughtful strategy. This is one of the biggest changes in retirement planning that we’ve seen in a long time and requires action on your part – and ours. Please let us know how we can help you think through your options.

Set yourself up for retirement success Schedule A Conversation

“Using a team approach, we can close the gaps between your current status and your future goals, helping you make wise decisions concerning your wealth.”

© 2019 Elevated Retirement Group. All Rights Reserved. *Guarantees provided by insurance products are backed by the claims-paying ability of the issuing carrier. The retirement kit is provided for informational purposes only. It is not intended to provide tax or legal advice. By requesting this report, you may be provided with information regarding the purchase of insurance and investment products in the future.