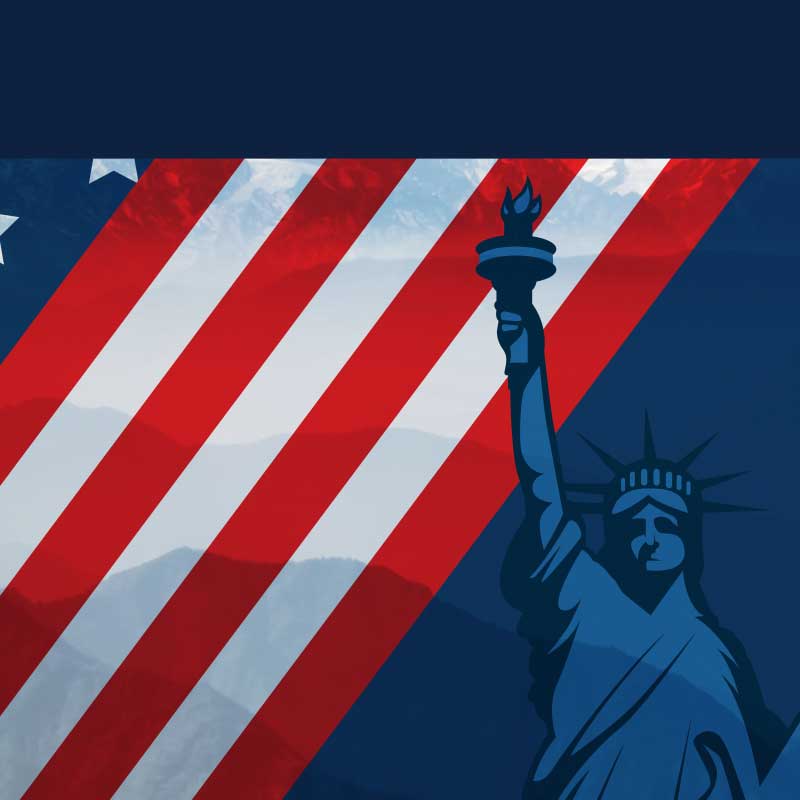 Election and the Markets

If there’s one thing we all love, it’s a presidential election! The drama, the excitement, the intrigue…it’s a shame we have one of these only every four years.

Well, in light of this craziness layered on top of a pandemic, we wanted to share some timely thoughts with you concerning the upcoming election and the markets. With the help of our Chief Investment Officer, Mike Sorrentino, we watch the markets and your portfolios very closely and are prepared for whatever outcome the election offers us. With that in mind, here are some thoughts to consider as we approach November.

What does the upcoming election mean for investments?

It’s that time again; election time. We’ve received a good deal of questions from families regarding the possible fallout from the upcoming election, so we thought we’d take a moment to clarify our thoughts. Let’s start with the obvious: elections matter. Your vote and my vote, as part of the collective, may impact generations to come, so we should approach voting with the gravity it deserves. However, we need to be careful to not allow short-term political emotion to alter a sound long-term planning process. With that in mind, here are our general thoughts:

Are there election day implications for our investments?

The market is like a giant scale that’s always weighing new information. In the short run, each added weight you place on the scale may cause it to bounce around a bit. Given enough time, the scale settles back down and accurately reflects the weight and fundamentals of the added information. Elections are a giant piece of information that we add to the scale. In the short run, they certainly cause added movement to the scale. This year holds the potential for even more volatility than years past due to enormous uncertainty both before and after the election day. More often than not, the markets will stabilize or increase post-election simply due to the removal of uncertainty. However, this year’s election could take extra time to decide if enough ballots are cast via mail at the last minute. Given the extension of absentee ballot voting in many states, we could potentially see a delay in final election results. This has the potential to lead to extra volatility in the markets as we await the final results.

Should we be worried about the delayed result outcome?

No. In the short run, we always expect the potential for short term declines. We believe the possibility of a larger than normal decline in the next 12 months exists due to so much uncertainty. We could see a decline from the election results, stimulus programs roll-off effects, valuation corrections; just to name a few. As long-term investors, we view these declines as great potential to capture new opportunities, and we stand prepared to use the pullback for portfolio adjustments. Wall Street is often focused on short-term results to the demise of long-term success. Rather than succumb to this temptation, we aim to use the short-term emotion they create as our biggest advantage in generating solid long-term gains. In some ways, we’re actually hoping for a quick decline to give us bargain prices to scoop-up deals that are on our shopping list.

This time just seems different; should I move to the sidelines for now?

It’s funny how history never feels the same as the present circumstance. Here was a great response to this question that I ran across in my research that adds helpful context:
“All historical studies done show investors are better off staying fully invested regardless of the election outcomes. Attempts to time the market based on Presidential elections generally ends poorly. And if you think we’re headed for an election filled with more bitter criticism and malice than ever witnessed in American history – think again. In fact, the media (newspapers at the time) was filled with extremely negative commentary about two beloved presidents, George Washington, and Thomas Jefferson. Though I’ve already weighed in about the value of predictions, I will go out on a limb here saying I doubt we’ll see an Aaron Burr – Alexander Hamilton type dispute this time around. Either candidate being killed in a shooting duel is highly unlikely. We have a long colorful history of contentious politics in our wonderful democracy. So, we’ll trudge on with whichever administration comes out on top.”
– Tommy Williams, Shreveport Times

Should we be worried about the long-term implications?

Elections can and will have a longstanding impact on many companies within the investment world. However, in aggregate, it’s important to understand a little history around the impact that elections have had on the markets as a whole. Over the past 10 elections, markets have done about the same during the following 3 years regardless of whom was elected.

The reality is, decisions made by our leaders often take years to flow into the system. They have huge effects, but the timing is not usually instantaneous. The economy is like a giant ship and policy may be compared to the wheel. When the wheel is turned, it takes a long time for the giant ship to respond. Dependent on the conditions such as wind, rain, currents, and other factors, the ship may take longer or shorter to respond to the wheel. This lag time allows companies we own to adjust to the policies that are introduced. It also allows us time to adjust the portfolio as needed based on long-standing policies.

Should I adjust my plan if taking income from my investments?

Well, it all depends on your timeframe. If you’re thinking of taking an outsized withdrawal (greater than 5%) in the next 12 months, then you should contact us to discuss the best way to execute it. In most plans, we’ve built-in ‘safe assets’ that should hold up well during market declines and short-term volatility. These buffers of safety are designed so that we can absorb surprises life may throw at us while we await the longer-term benefits that investing brings. If you’re expecting to take a large withdrawal that we’ve not yet planned for in the next 12 months, then we would recommend calling us to simply double-check the plan setup.

This election will be emotionally charged. The short-run outcomes for the market are impossible to predict. We never know what the future holds, which is exactly why we design a sound financial plan years in advance. Our plan and investments are designed, selected, and diversified to withstand short-term volatility and deliver on long-term goals and objectives. Election night will not change the insurance operations of Berkshire Hathaway, the defense contracts of Lockheed Martin, the search engine Google, nor the dividends or interest we receive from our diversified stocks and bonds. It’s simply a night that will add emotion to markets. It will cause the scale to bounce around. But, we believe the long-term investors that ignore the emotion and volatility will continue to be rewarded with sound financial results.

Do you have enough?

Retirement Income Planning is one of the most critical components of a successful retirement plan. Confidently answering the question, “How long will my money last?” can go a very long way toward retiring with the peace of mind you deserve. If you’d like to take advantage of the many tools we use to develop a detailed, written retirement income plan, contact us today. Through the use of our Review Process and state-of-the-art planning software, you’ll sleep better at night knowing you’ve secured enough income to last as long as you do.

Set yourself up for retirement success Schedule A Conversation

“Using a team approach, we can close the gaps between your current status and your future goals, helping you make wise decisions concerning your wealth.”

© 2020 Elevated Retirement Group. All Rights Reserved. *Guarantees provided by insurance products are backed by the claims-paying ability of the issuing carrier. The retirement kit is provided for informational purposes only. It is not intended to provide tax or legal advice. By requesting this report, you may be provided with information regarding the purchase of insurance and investment products in the future.